On February the 10th we visited Volcanoes National Park of Rwanda. It was six in the morning and we were already having our breakfast, the drivers were ready 20min later and we all looked really forward to the day to come!

Upon arrival at the park at 7am we bought a permission for the park. We split up in two groups, one group chose to hike the wonderful Bisoke volcano and the other group wanted to visit the tomb of Dian Fossey. Dian studied gorilla groups for years in the mountain forests of Rwanda, the current Volcano National Park. She is known for the film ‘Gorilla’s in the Mist’ based on her memoirs.

After the division into groups we left to the entrance of the park via potato and daisy fields where we started our walk under the guidance of a guide and protection of Rwandan soldiers. 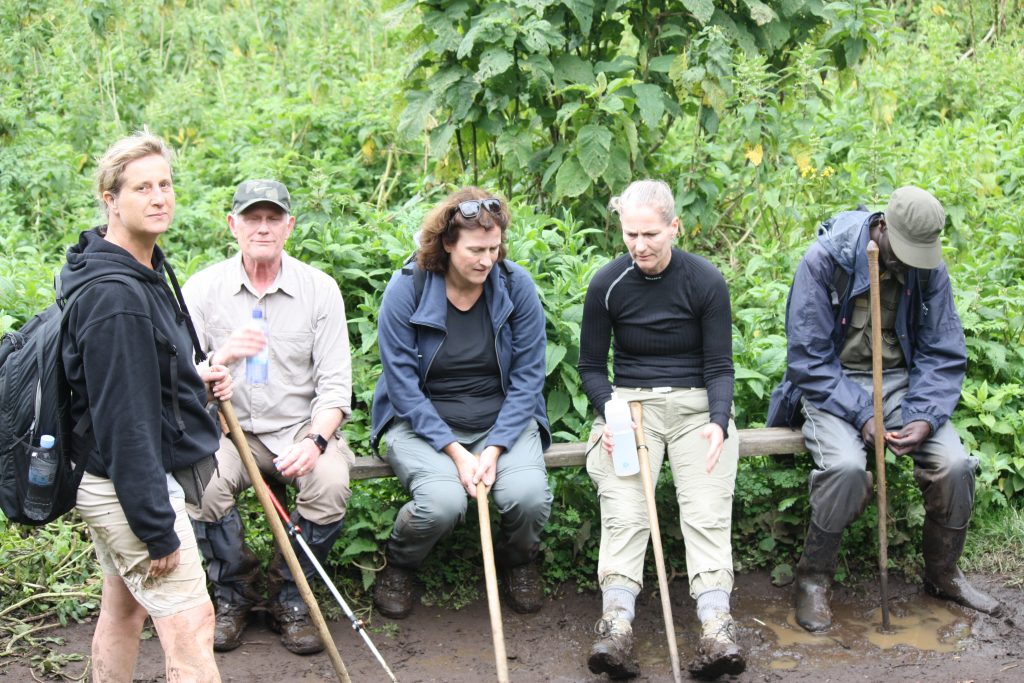 The ascent of the Bisoke ran through the beautiful rainforest up to a steep climb of 2500 meters to 3700 meters. The path was muddy and slippery and some of our group slipped on the ground, but with help from the guide and others we reached the summit of the volcano after 3 hours. Unfortunately there was little visibility because of the fog. For a moment we could catch a glimpse of the wonderful crater when the fog cleared. After a stiff picnic we went down again. That was sliding and occasionally falling to further descend. After half an hour it cleared up and we could enjoy amazing views over the rainforest and other volcanoes in the area. We arrived downstairs where after the effort we quench our thirst with a delicious Mutsig, cola or ginger bears. Tired but accidentally enjoyed the wonderful nature in the park.

The other group went looking for the grave of Dian Fossey also they struggled through the slippery paths and found her grave. “Now one loved Gorrilia’s more” is written on her grave. After the pick nick, the group returned to the entrance to the park. Until their departure, Gorillas came along the way. What an incredible chance and fantastic experience to see these animals from so close into wild nature. The whole group was impressed. What an incredible story! They saved each $ 1500 you normally pay to see the gorilla’s. A day to never forget!. 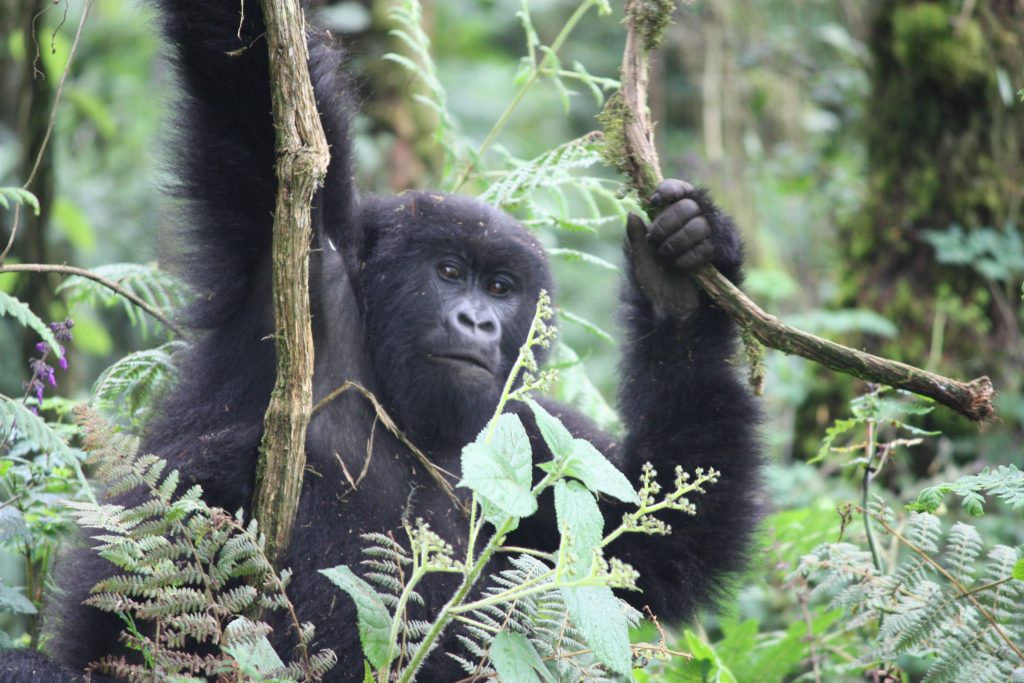 If you want to check the whole round trip through Rwanda and Uganda, click here.

After, we went to Queen Elizabeth National Park in Uganda, check in out here!

This site uses Akismet to reduce spam. Learn how your comment data is processed.

review us on
See All Reviews 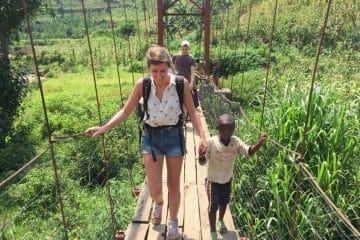 Safety in Rwanda and Uganda 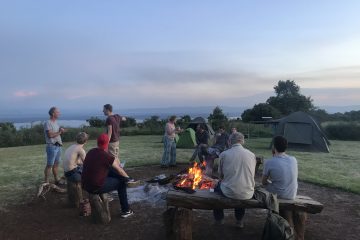 Camping in Rwanda and Uganda 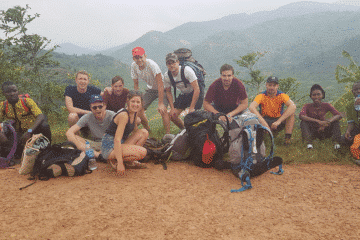 “Goodmorning!” I hear children shout in our direction. We are walking through a plantain field and the shade offered by the large crop helps us regain strength after hiking one of Rwanda’s thousand hills. Read more…